Click here to edit the Social Media Links settings. This text will not be visible on the front end.

What is better for you…..Rent vs. Buying 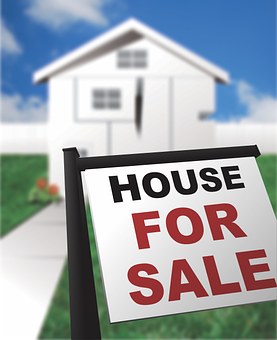 Some people don’t think buying a home makes sense. They feel like renting is a smarter move.
On

the other hand, some people think renting doesn’t make any sense.
For the most part, arguing it one way or another is about as useful as arguing politics or religion — whatever “side” you’re on, you have your point of view, feelings, and reasons.
But there are also people who are open to debate. If that’s you, read on. This will give you some food for thought and help you make up your own mind about whether it makes more sense to buy a home or rent one.
At least you have the option
Picture living back in Medieval times.

Only a few people are allowed to own land, and you’re not one of them. You can live on a lord’s land, but you’ll have to give him a certain percentage of whatever you grow or raise.
How do you feel about that? Are you OK with that? Is it fair? Probably not…
So, look at it this way: At least now you have the option of buying property. Whether or not you want to exercise that right is your choice.
And it is a choice. You can also decide that you’d rather not own the property you live in. You can certainly still rent from a landlord. (Although they probably won’t accept bushels of wheat, baskets of vegetables, or a goat as payment. You’ll need to somehow convert that to cash money.)
But owning property isn’t for everyone. It comes with responsibilities, risks, and limitations that not everyone is cut out for.
Both come with responsibilities, risks, and limitations
Many people who claim renting makes more sense feel that way because:
They feel like values are too high. (Unaffordable.)
They feel like it’s too risky. (The market could crash. Values could go down.)
They could lose their house (if they lost their job and fell behind on mortgage payments).
There’s a lot of cost to maintain a house.  They don’t think they can afford a home.  No money down.  There are many first time buyer programs for zero to little down https://www.rd.usda.gov/
It will “tie them down.” (They won’t be able to move to the coast of Costa Rica and surf for 7 months.)
All of those are valid and possibly true reasons for not buying a home.

But did you know there are tax benefits to owning a home? https://www.realtor.com/advice/finance/tax-benefits-of-owning-a-home/

Sorry I go off track a little!

However, renting also comes with responsibilities, risks, and limitations:
Rents aren’t necessarily more affordable than buying a house, and they can go up over time (and probably won’t go down). Conversely, the value of a home you own will most likely go up over time, even if it does go down.
There’s risk that a landlord could not renew a lease and force you to move.
While you aren’t usually entirely responsible for maintenance, you can be held responsible for things that bre

ak or get damaged. You may also be responsible for some upkeep and maintenance costs.
You don’t have much say in what gets done around the house or apartment. You’re at the mercy of a landlord doing something (or allowing you to do something to it).
A lease can tie you down as much, if not more, than owning a house that you can choose to sell or rent out if you want to move at some point.
Obviously, this isn’t a complete comparison list of risks, responsibilities, and limitations. There are certainly more we could get into. It’s just to make a point, which is…
Whether you buy or rent a home, you will have risks, responsibilities, and limitations placed upon you. The only true solution is to live for free in your childhood home forever and ever — and even that probably isn’t entirely “free” or without responsibilities and limitations.
You can’t live somewhere entirely for free, but…
…what you can do for free is figure out whether you should buy a place to call home, or rent one instead. The link below may help you decided. 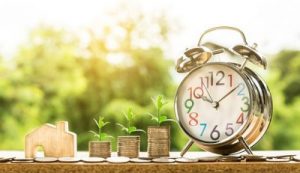 Related Articles
my blog Rural Real Estate Prices are on the rise
my blog Top Tips When Buying Vacant Land Copy Copy Building a new home from scratch can be a dream come true. The idea of designing the perfect property with morning sun in the kitchen and evening breezes on the deck can be exhilarating; the first step to a successful project is finding the right piece of land on which to build. This can present […]
my blog Wood stove and Oregon Law Many home sellers are not aware of the wood stove laws in Oregon. The law began in August 2010 and was put in place to protect citizens from uncontrolled wood smoke pollution. The Oregon Senate Bill 102 says no person may sell, offer to sell or advertise to sell a used, non-certified woodstove. Non-certified woodstoves […]

Thank you for your inquiry.